In August 2017, I had the fortunate opportunity to attend the 254th ACS National Meeting, which was held in Washington DC. This meeting attracted around 12.000 chemist from all fields to discuss their latest scientific discoveries. The first half of the conference was packed with a large choice of interesting lectures from world-renowned chemist from around the globe, including Craig Hawker, Robert Waymouth, Jan van Hest and Ulrich Schubert, just to name a few. A special mention should go to some of the award sessions, where the invited speakers would start usually start their talks with entertaining anecdotes about the prize winner, as well as a highly interesting plenary session co-organised with NASA about their intended journey to Mars, which included a lecture by former astronaut Janet Kavandi. In the second half of the conference the speakers shifted more towards young scientist, from undergrads to post-docs. This gave me the opportunity to give my first oral presentation at a conference on my work on the synthesis and properties of novel N-acylated poly(aminoester) materials, which was a great experience. In addition, attending this ACS meeting provided me with some interesting ideas for future work and the opportunity to meet new people, as well as the opportunity to see some of the US capital. I would like to thank my supervisors, Dave Haddleton and Kristian Kempe, for letting me present my work at this conference, the ACS for organising the conference and giving me the possibility to present my work and the Macro Group DH Richards Memorial Bursary for financial support. 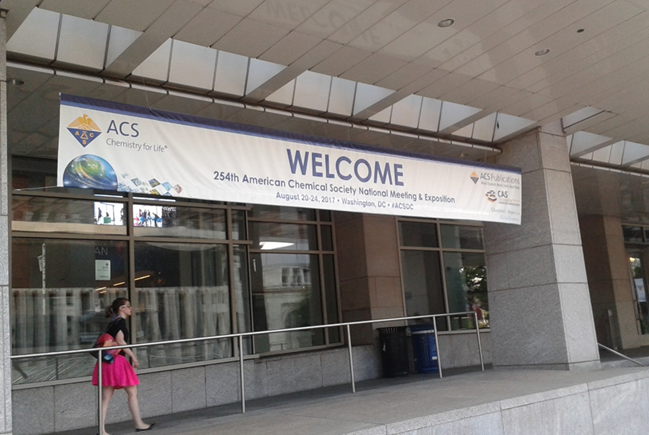