The Macro Group UK Medal for Outstanding Achievement is awarded biannually to a scientist based anywhere in the world that has made outstanding contributions to the field of polymer science. 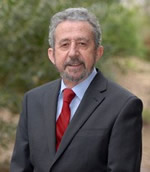 Dr. Rizzardo has co-invented two of the three living radical polymerization methods that have revolutionized polymer chemistry over the last 20 years. Namely, the nitroxide-mediated polymerization (NMP) and the Reversible Addition Fragmentation chain Transfer (RAFT) polymerization. The impact of these discoveries on polymer chemistry worldwide has been enormous. The techniques, especially RAFT, are used widely in polymer science laboratories across the world, to produce macromolecules for use in applications including healthcare, energy and nanotechnology. Dr Rizzardo’s achievements have been recognized by many inter- national awards. He was elected a Fellow of the Australian Academy of Science in 2002 and a Fellow of the Royal Society in 2010. In 2011 he was awarded the Australian Prime Minister’s Prize for Science, and he has numerous other awards and medals for his research achievements throughout his career.